To register, click on the link provided on the flyer. 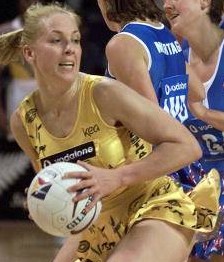 This is a skill development program for ANY young netball player. Primarily we are focusing on players in school years 4 - 9, offering them the opportunity to develop and improve their netball skills and have fun under the guidance of former Australian netballer, Shelley O'Donnell.

Each program runs throughout each school term for 8 - 9 weeks focussing on specific netball skill areas such as: